Crab fishing from the shore

My brother recently took me crab fishing from the shore. I went just to try it, never again. I got up at 4:30, left at 5 to get there by 6 just to take all day to catch three undersized crab and a small buzz. I still had a great time with my brother and his friends but from now on if we are not fishing from a boat I won’t be on the trip. By the way, although not shon in the pics, the beach was packed with fisherman and a few swimmers And boogie boarders even though the water was cold. At least it was sunny for a November day in SF. 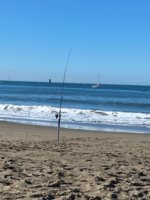 Here are some pics of baker beach just outside hr Golden Gate Bridge. 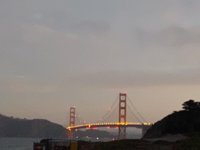 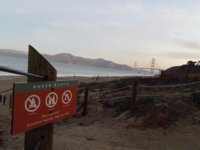 Here are pics of the “snare” used to crab fish. Basically, you stuff the cage with bait and weight, cast it just past the surf break and reel it back in every few minutes. With any luck, a crab will be feeding on the bait when you reel it in and one or more of its legs will be snared on the self tightening loops of the snare.
It’s total random as to when you reel the snare back in and whether there is crab on it. Unlike fishing for fish, there is no noticeable tug on the line when something is on the hook/snare and because the snare digs into the bottom it’s hard to tell if you are dragging a crab in with the snare or not. 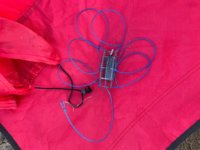 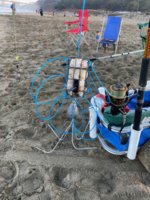 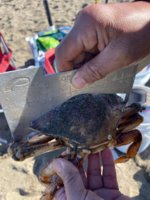 Here are pics of what my bother And his friends caught yesterday off his boat. They went 30 miles further than baker beach close to the Farallon Islands (You can’t actually fish at the site because it’s a preserve). I had to pass because of work and becausei was reluctant to go so far off shore on their first attempt to fish there. As for crabbing there they used regular crab pots but some were in 150’ deep water, that is a lot of line to haul up by hand, especially if there is crab in the pot. 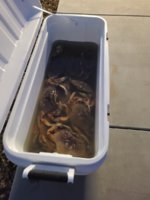 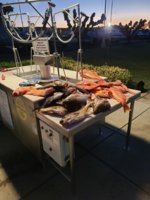 Finally, here is a pic of the crab, shrimp and lobster I caught at Red lobster, my favorite fishing spot, after fishing at baker beach. Costco had a lot of crab as well but red lobster is better because the catch comes cooked. 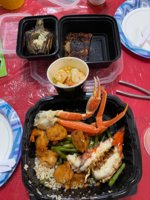 For context the meal was $40ish, a whole crab at the supermarket was $19, the fishing license for the day was $17 and bridge toll was $6. For what it’s worth, I worked for two summers at a canary/fishery in Alaska when I was a teen so fishing and crabbing isn’t new to me at all. My brother lived, went to school and worked in Alaska For several Years so I was in good / experienced Company.
Last edited: Saturday at 9:04 AM
You must log in or register to reply here.
Share:
Facebook Twitter Reddit Pinterest Tumblr WhatsApp Email Link
Top