Alright, so I found a little tiny hole starting in my cover last year. When I first found it we were heading out to the Dells for a week with my Wife's family (...and it occurs to me I never posted about that trip... boy I owe you guys a lot of posts...) and I wasn't going to let anything interfere with that trip so I "patched" the hole with some clear packing tape. (I've used the technique to temporarily patch sails with success so I figured it would hold my cover together for a 3 hour ride to the Dells - and it did.)

The other day @Glassman mentioned this Atwood canvas repair kit he was thinking of purchasing: http://www.amazon.com/dp/B000B91OTQ...vptwo=&hvqmt=b&hvdev=c&ref=pd_sl_25fgmffoc7_b

I ordered the kit. It arrived within a couple of days (Thank You Amazon Prime) and yesterday I set to work.

So here's what you find when you open the box: 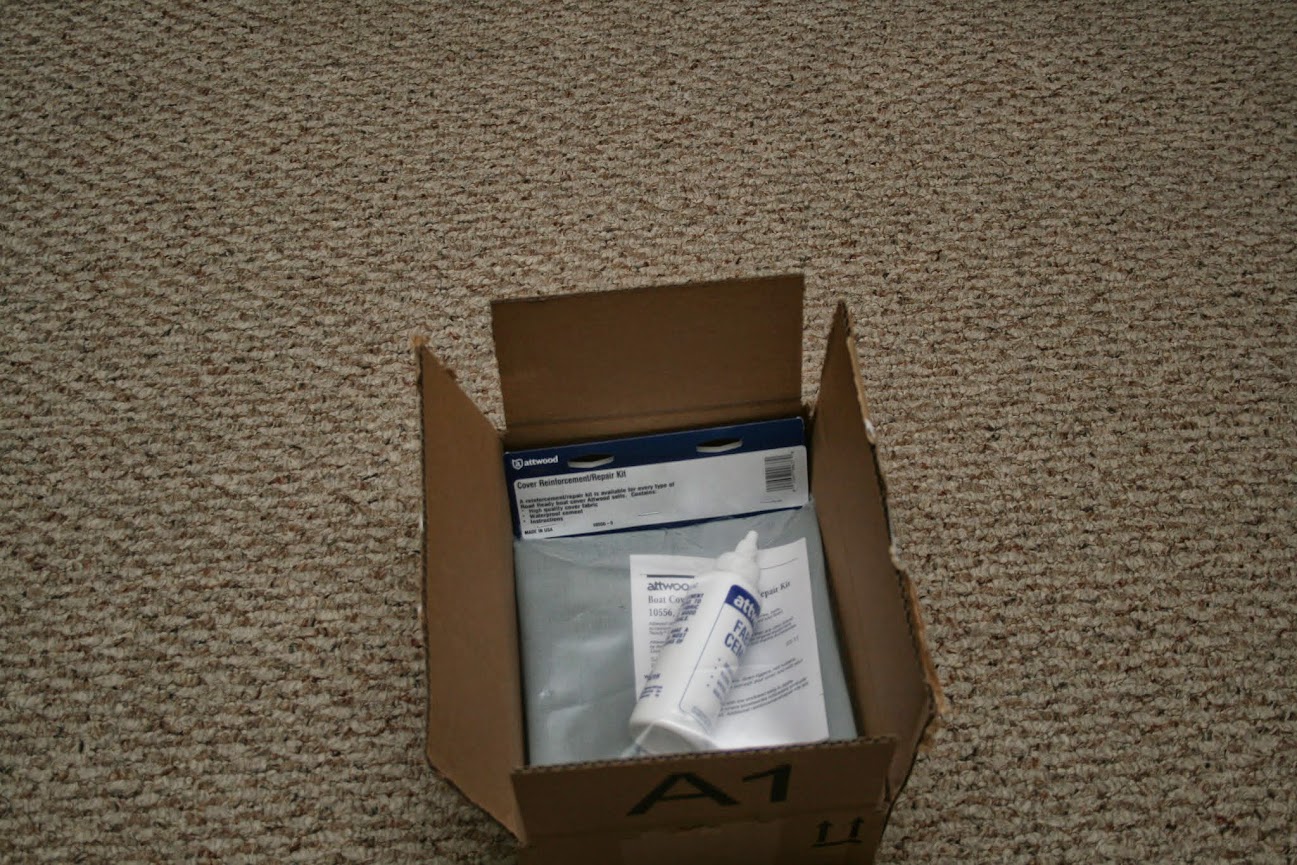 I opened the package and found a rather large piece of canvas, a bottle of glue, and instructions: 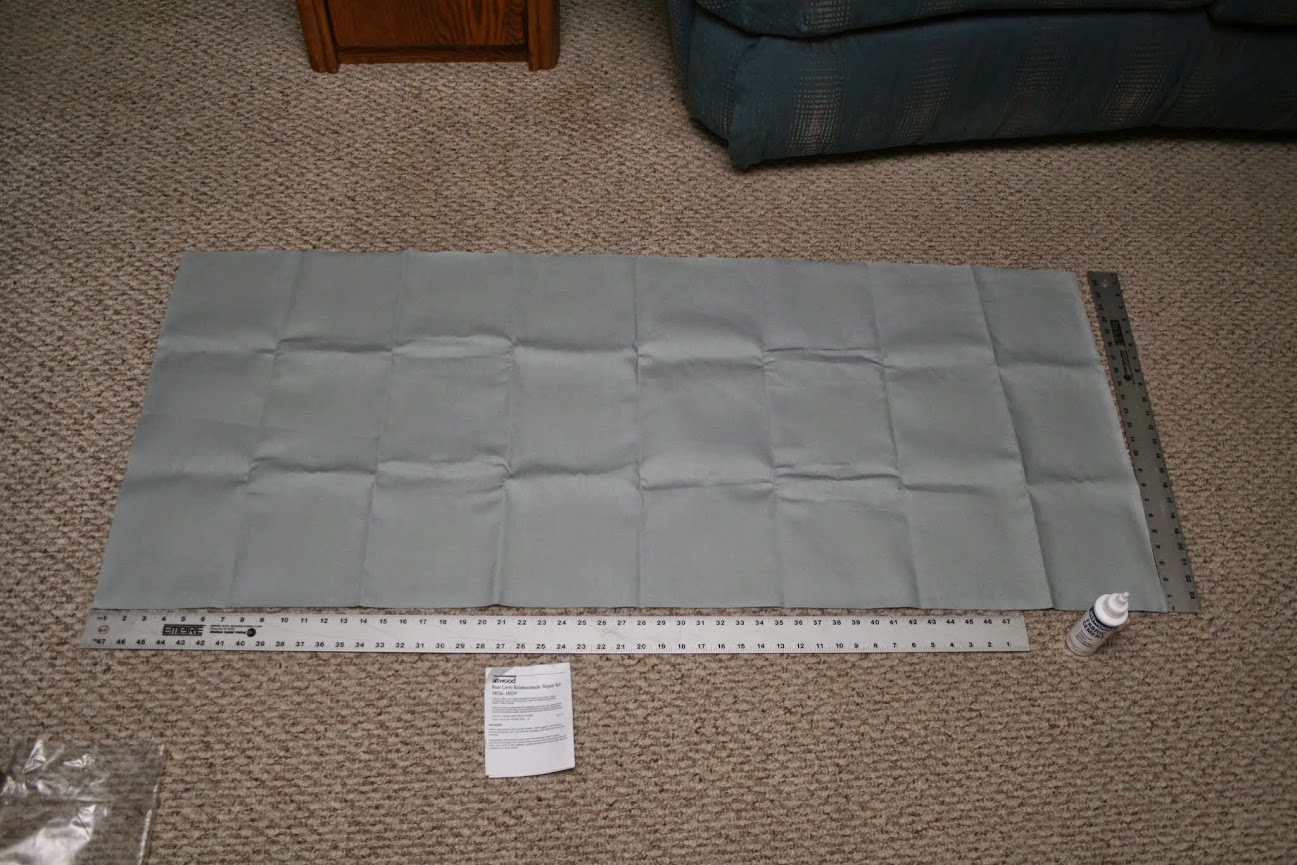 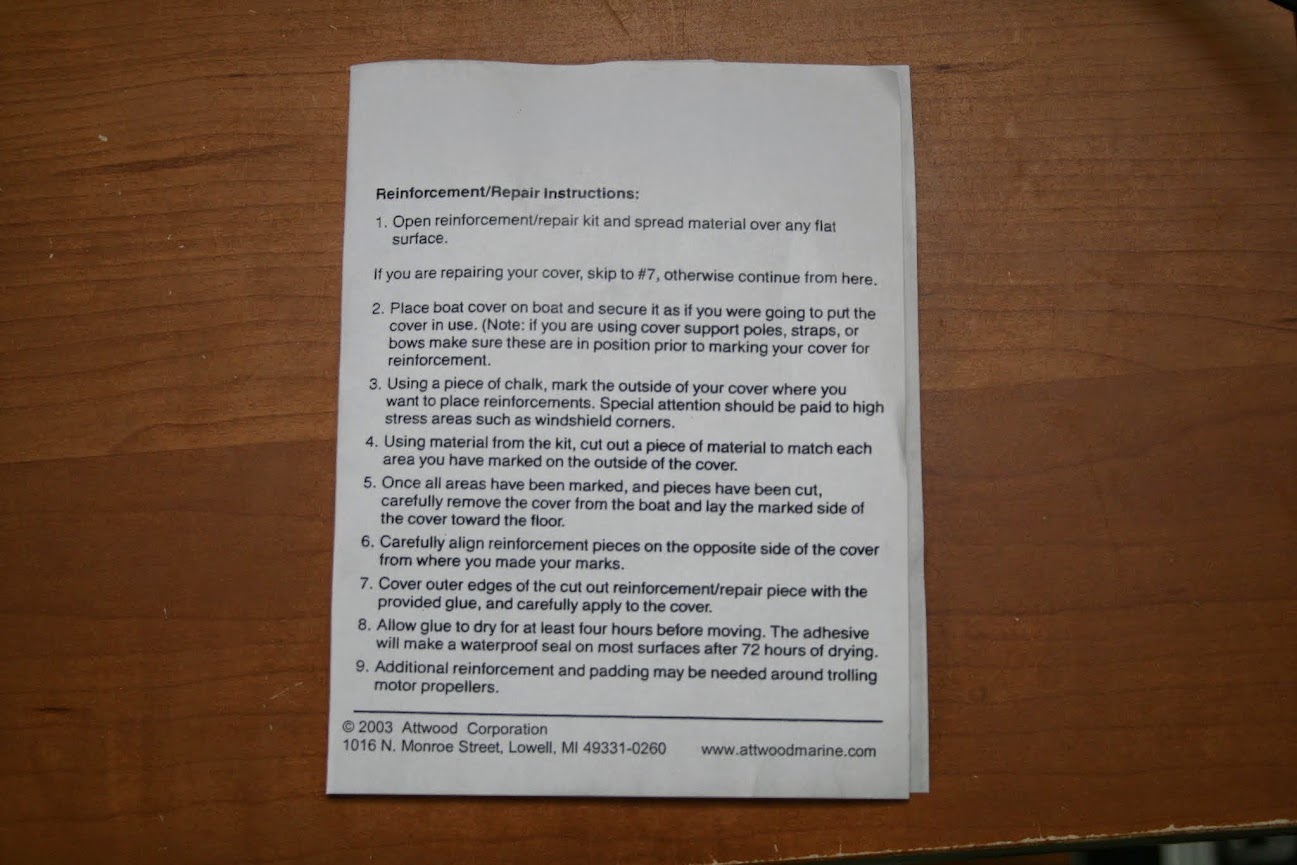 And the glue bottle: 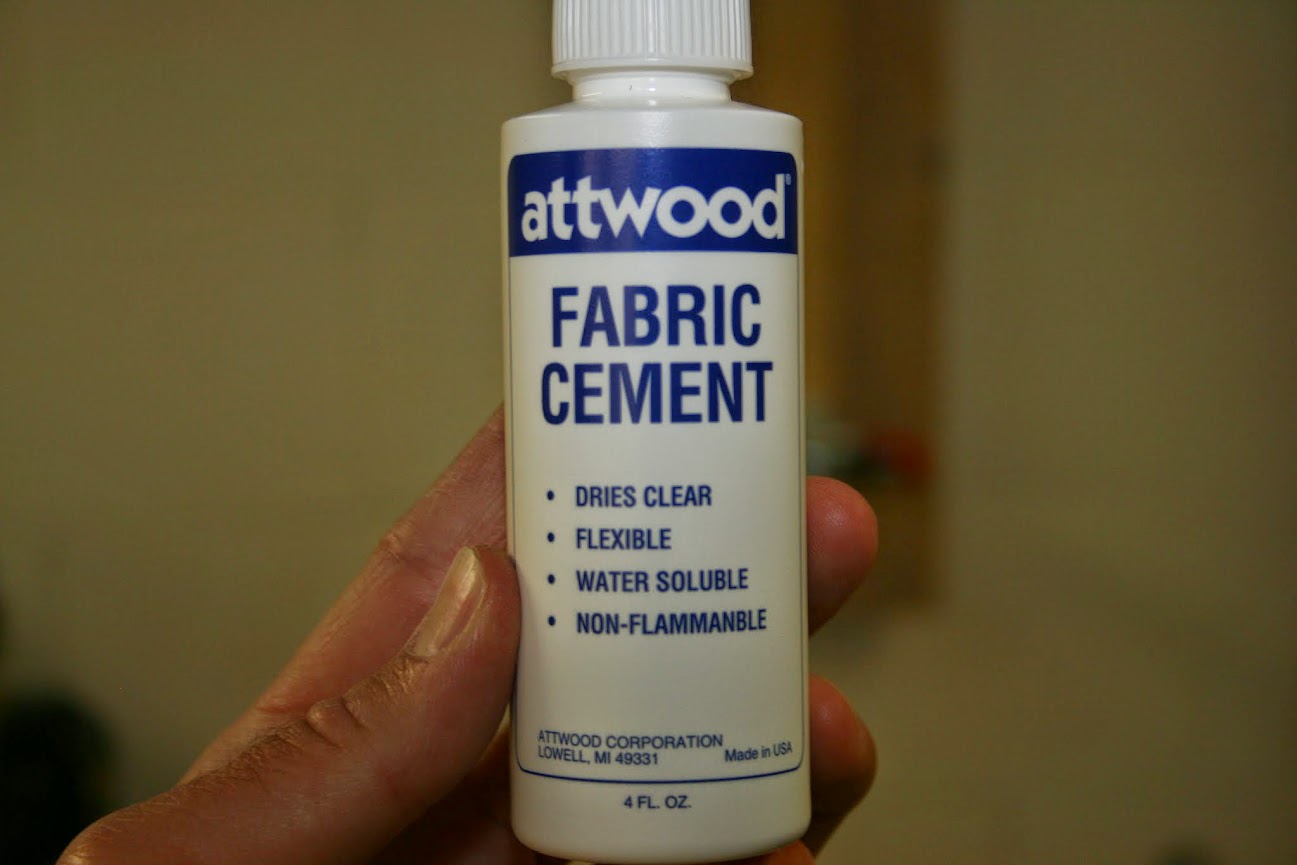 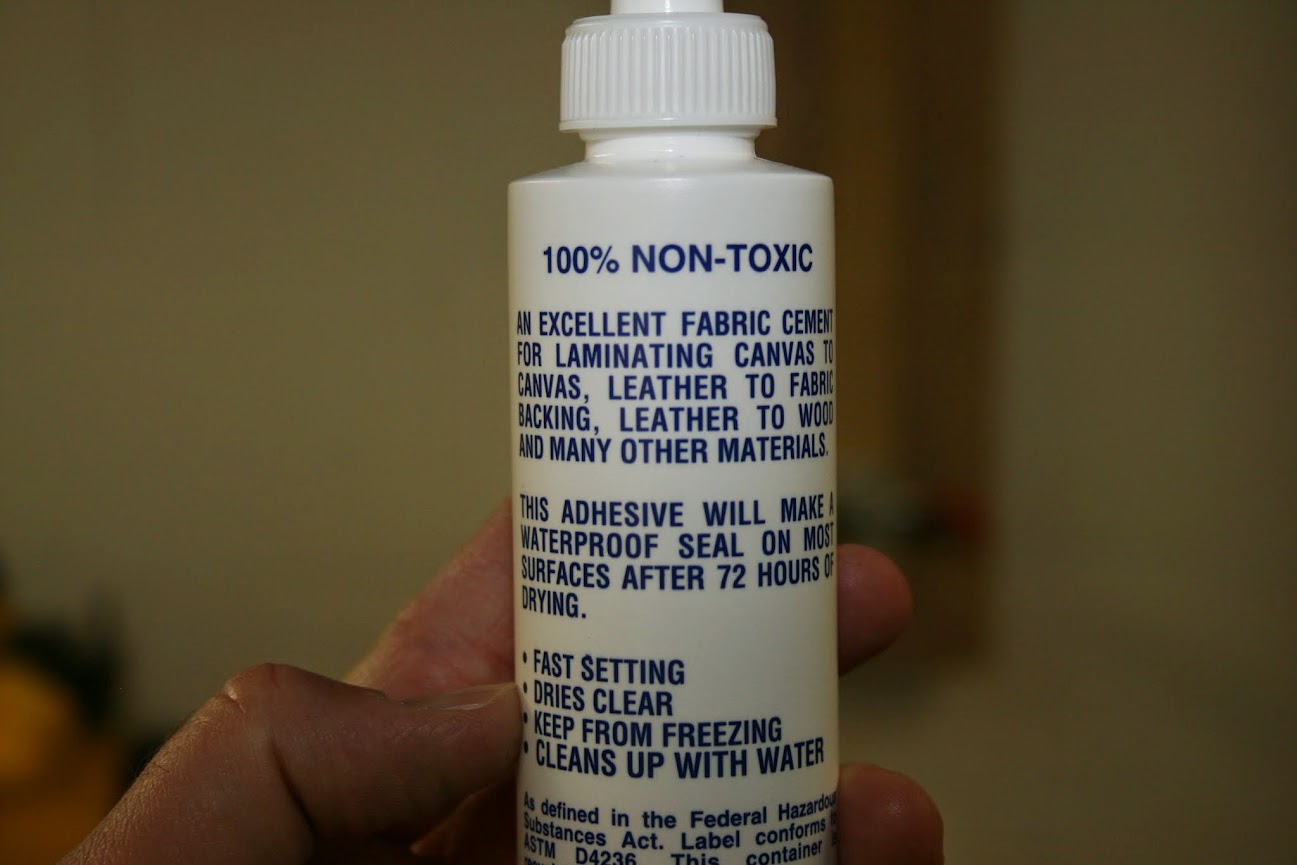 Here's the target of my angst: 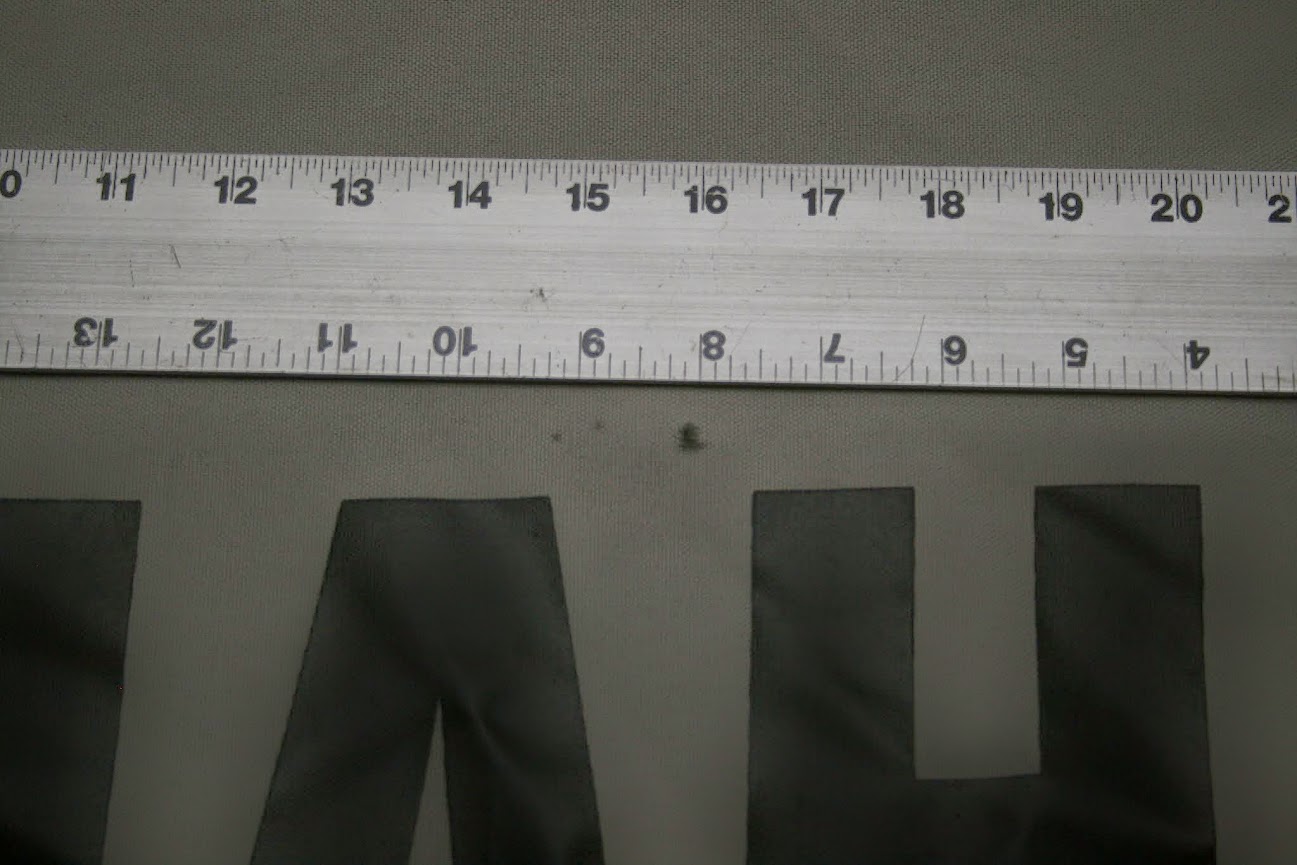 Not a huge hole by any means (might have been a mouse-bite - more on that in another post) but I wanted to fix it before it became one.

So the first thing I did was cut out a piece of material for a patch. I decided to cut out two and put one piece of patch on each side. 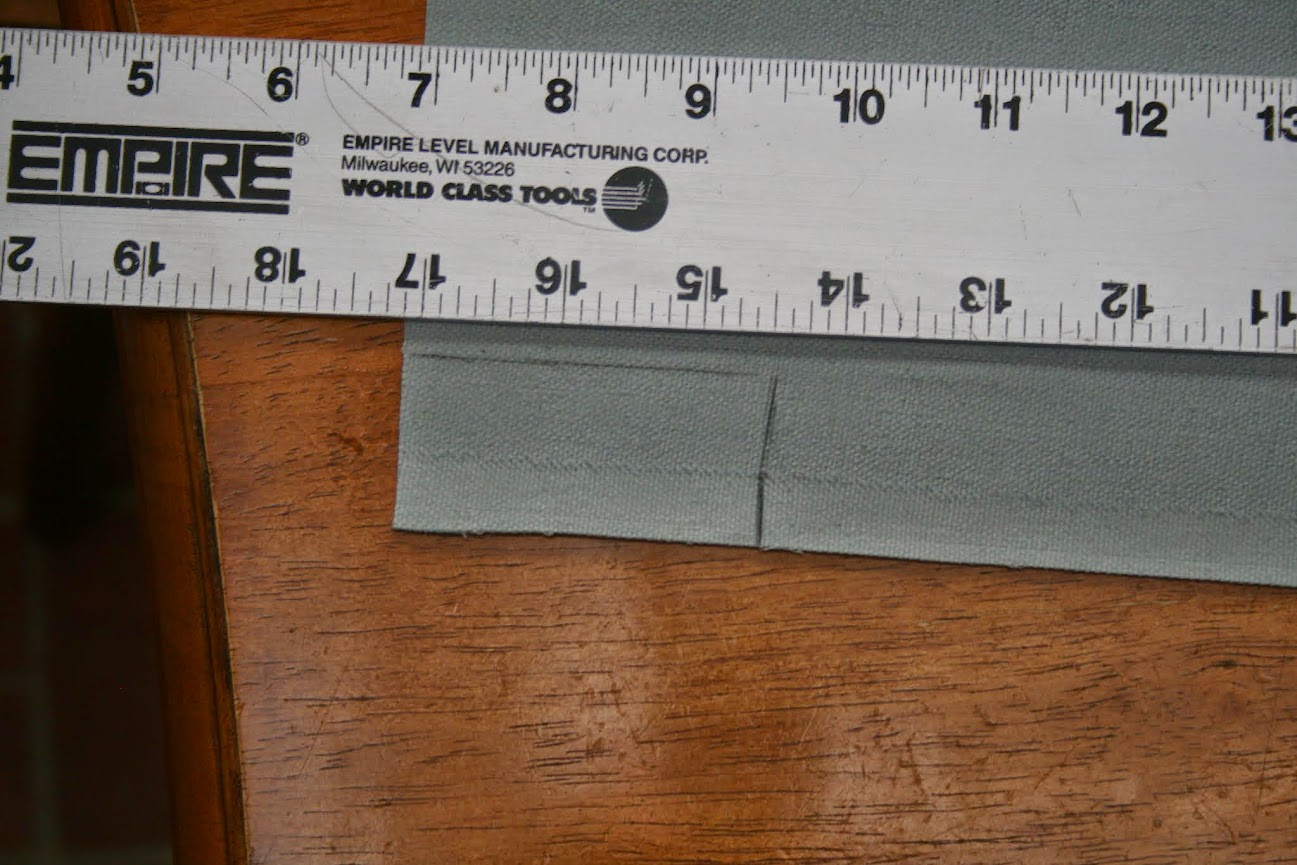 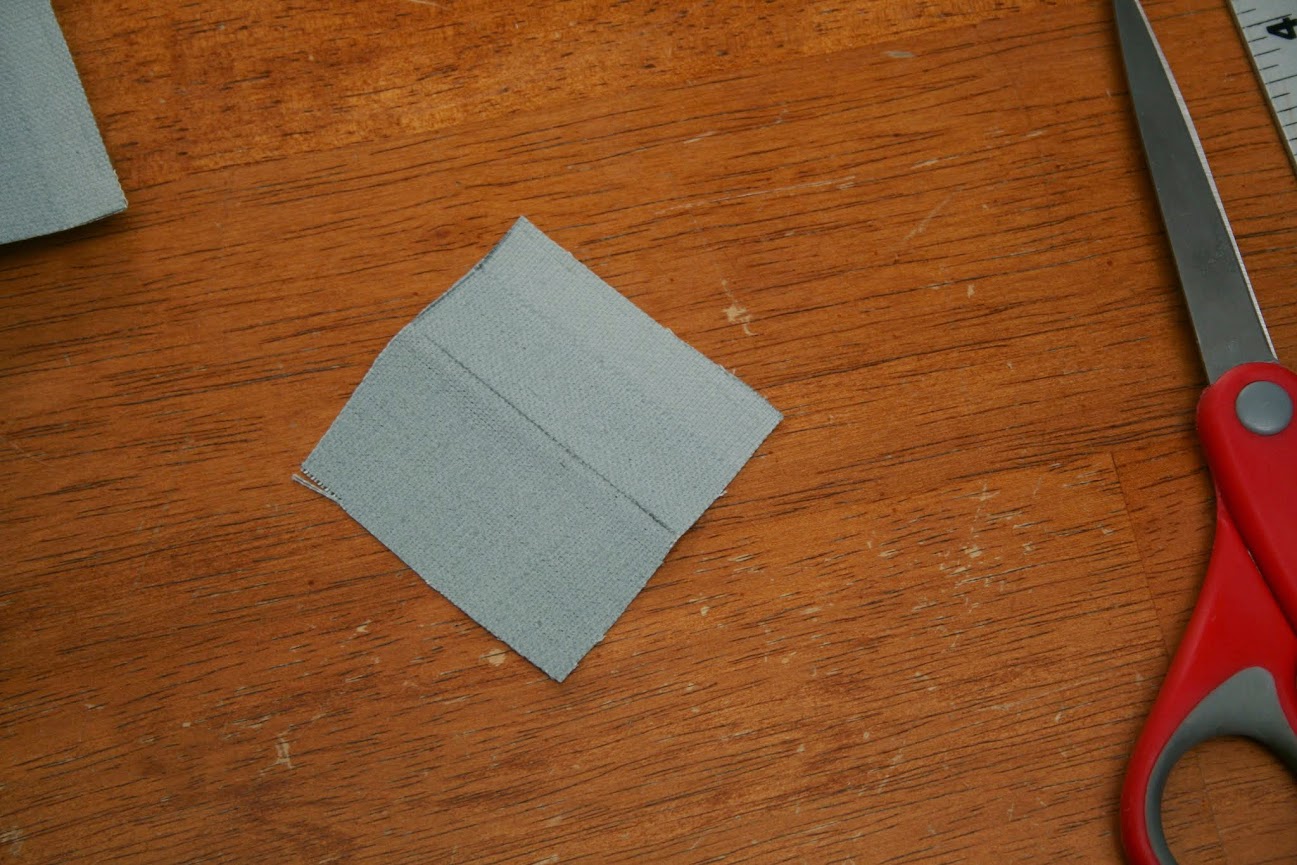 I didn't want to have square corners to "hook" on anything so I rounded them off (Yes, I cut things out like Charlie Brown.) 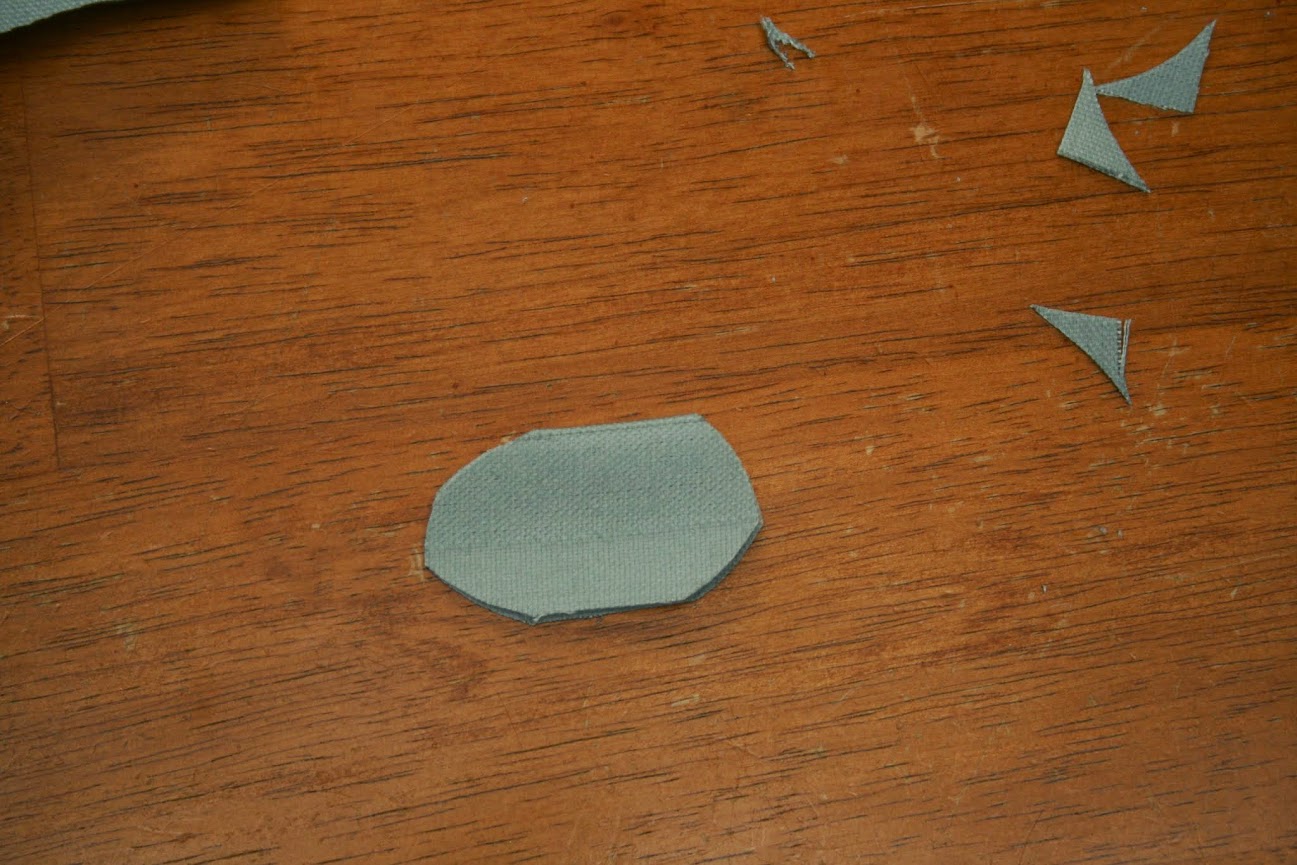 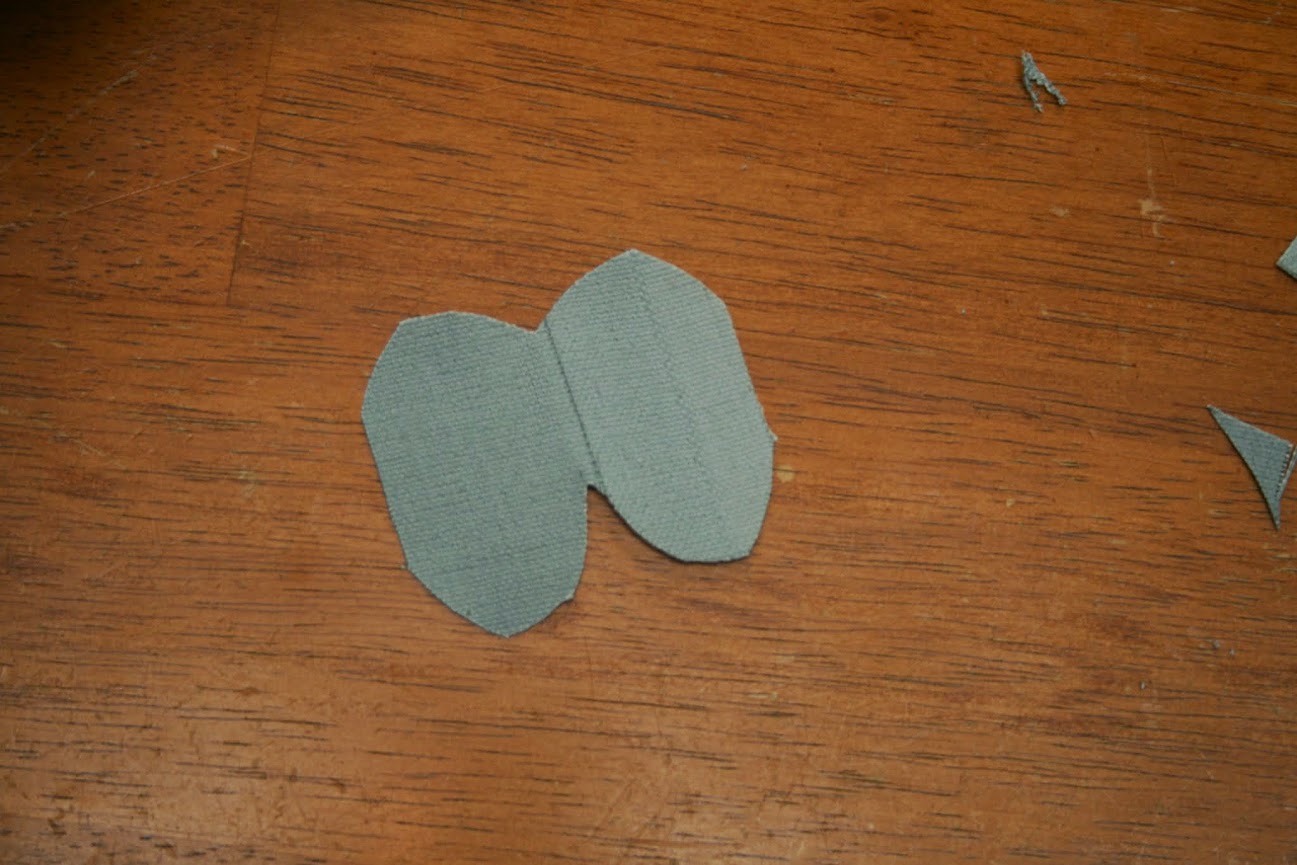 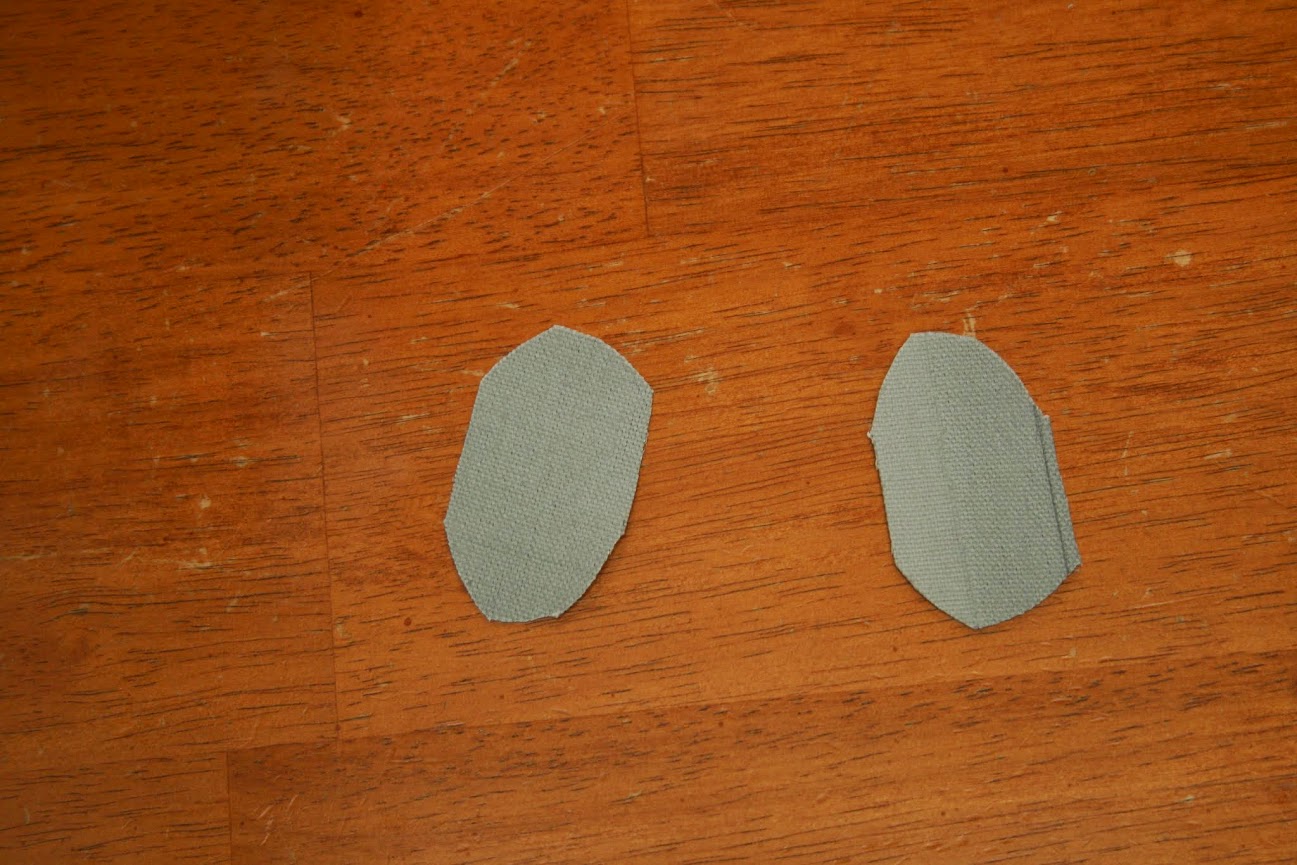 With the patches cut out, it was time to apply the fabric adhesive. 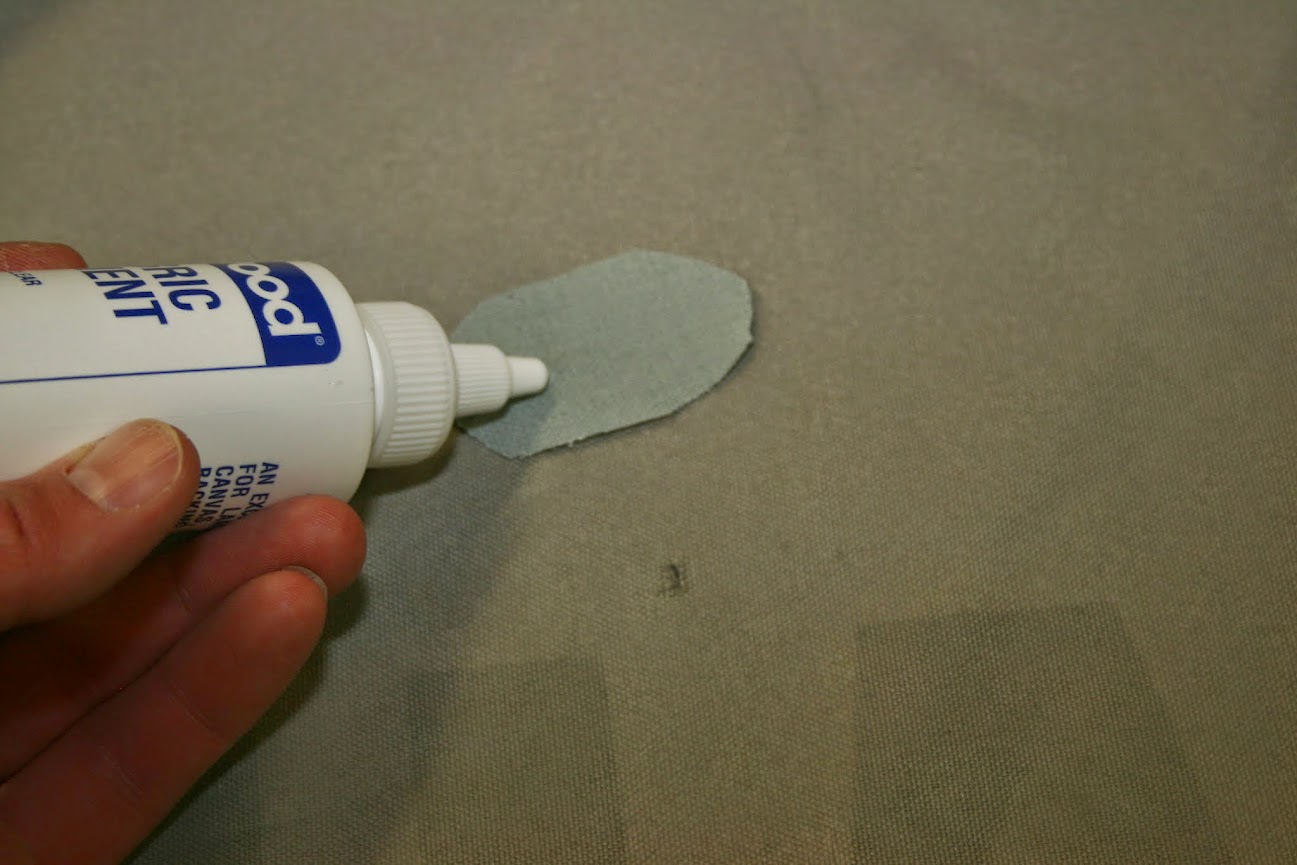 The instructions say you should run a bead of it around the outside edge of the patch. Considering that the patch was so small, I took a small piece of scrap (you could use a Popsicle stick) and spread glue on the entire patch. 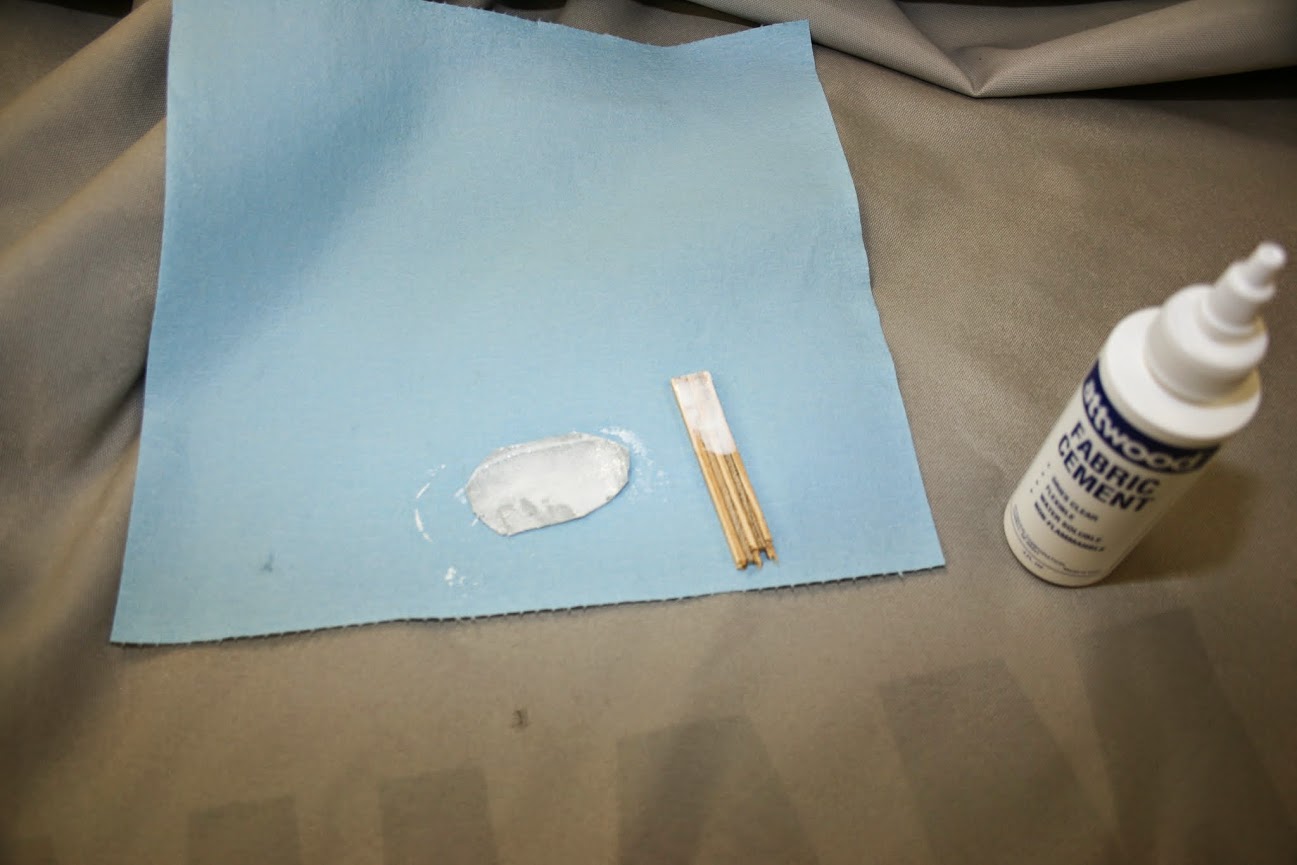 In this next pic, you see me applying a bead of glue around the outside edge of the patch (actually this is the 2nd patch - the one on the outside of the cover) after it has been applied. This seemed to help hold the edges down better. I hadn't done this with the first side, but I later went back and did it. 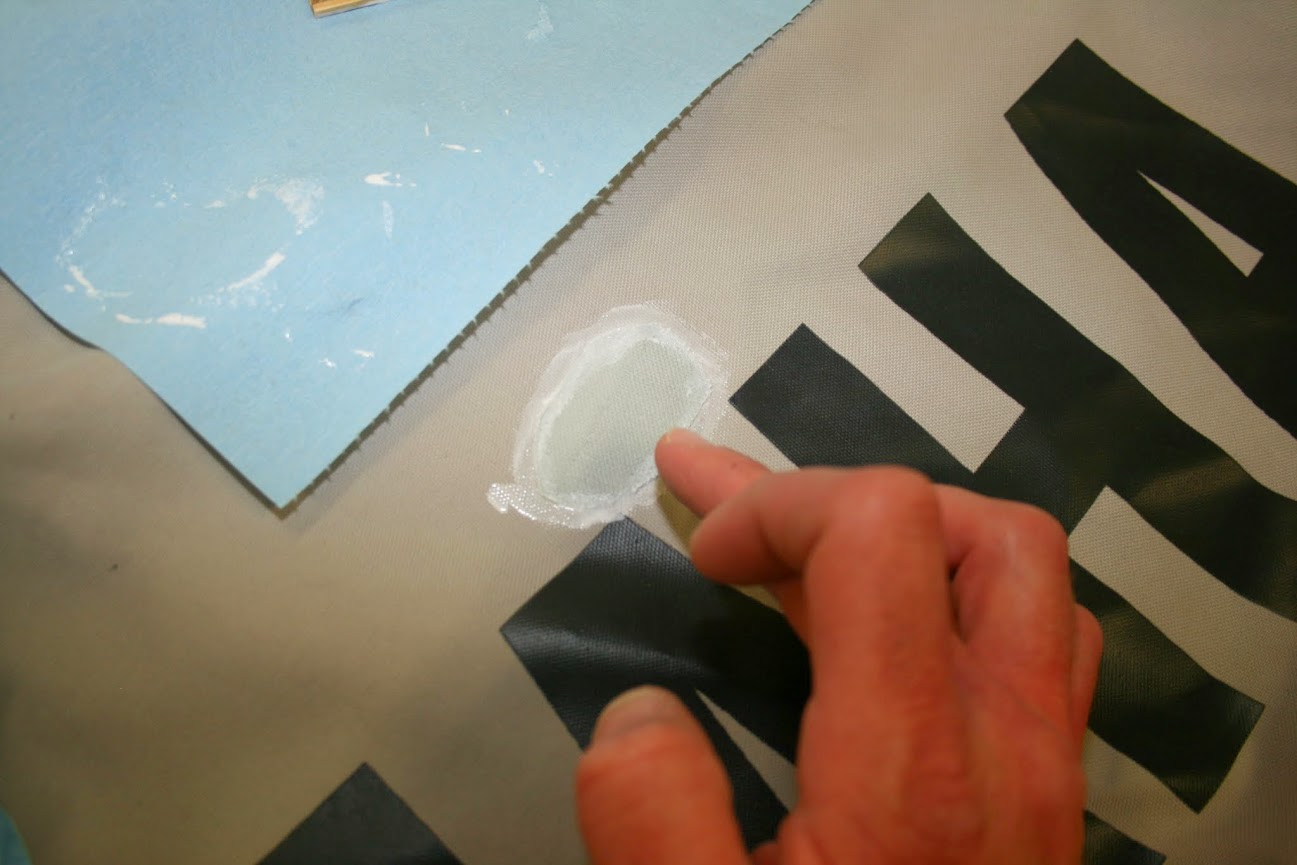 The glue cleans up with water, so it was just a matter of wiping up the excess with a wet cloth. 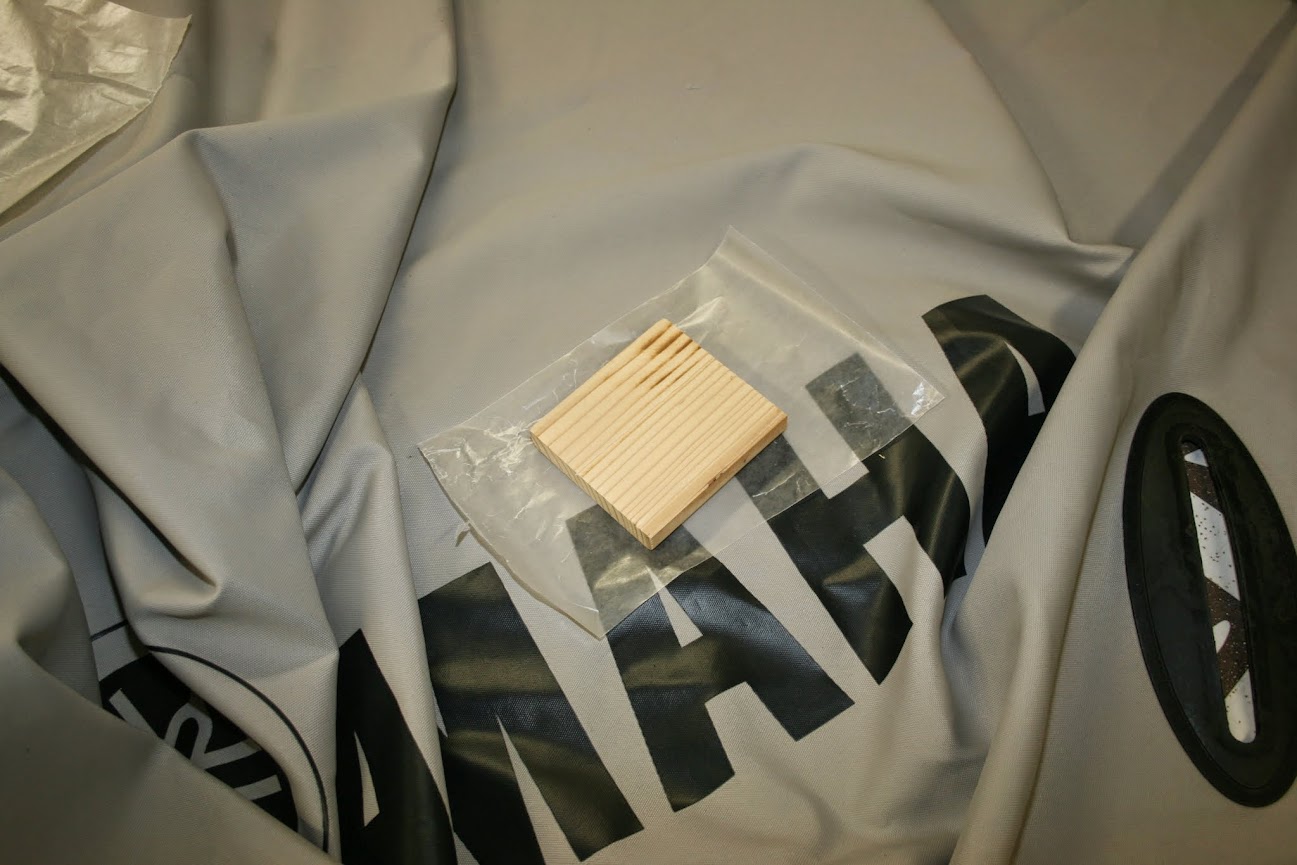 Then I stuck some weight on it: 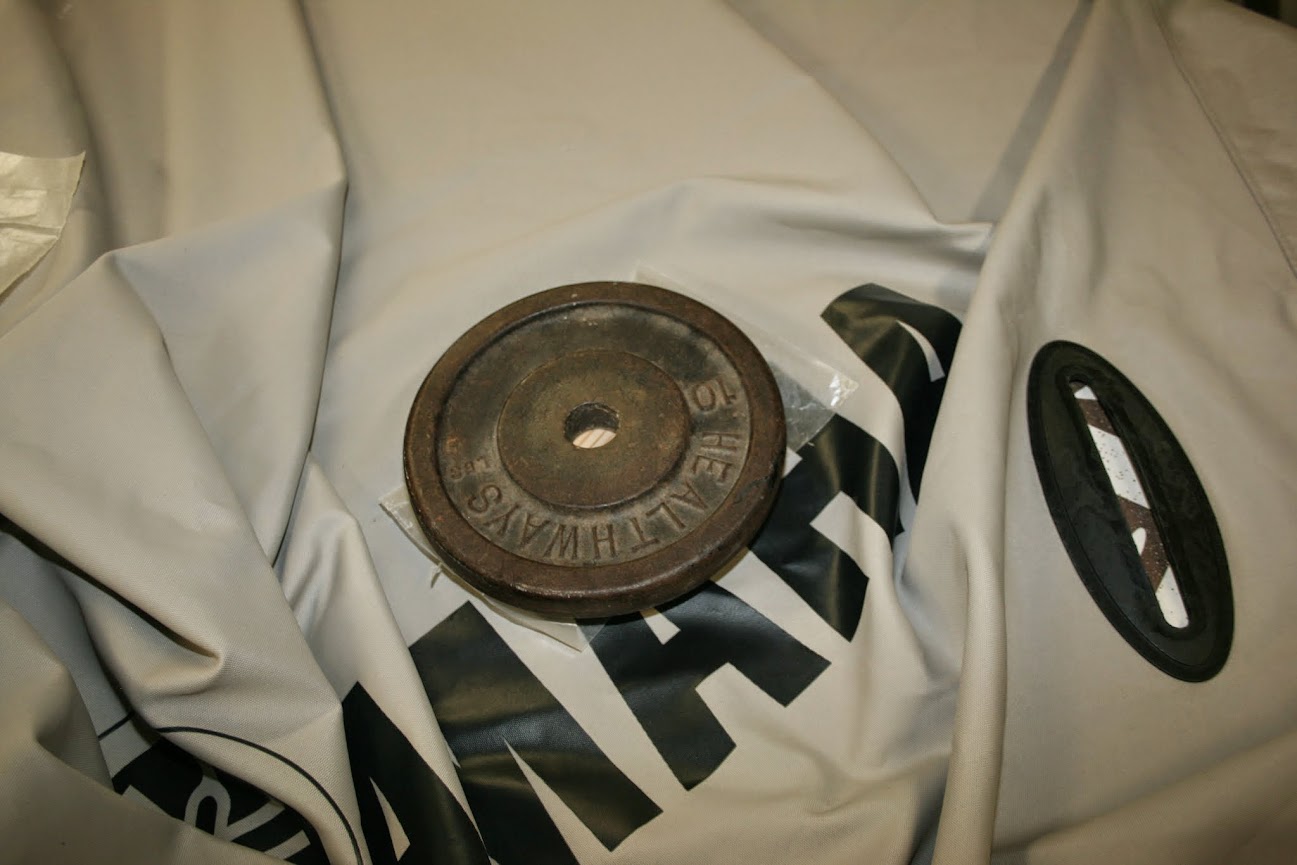 I let it sit overnight and then this morning I took it out of the "press" and removed the wax paper. Here is the end result: 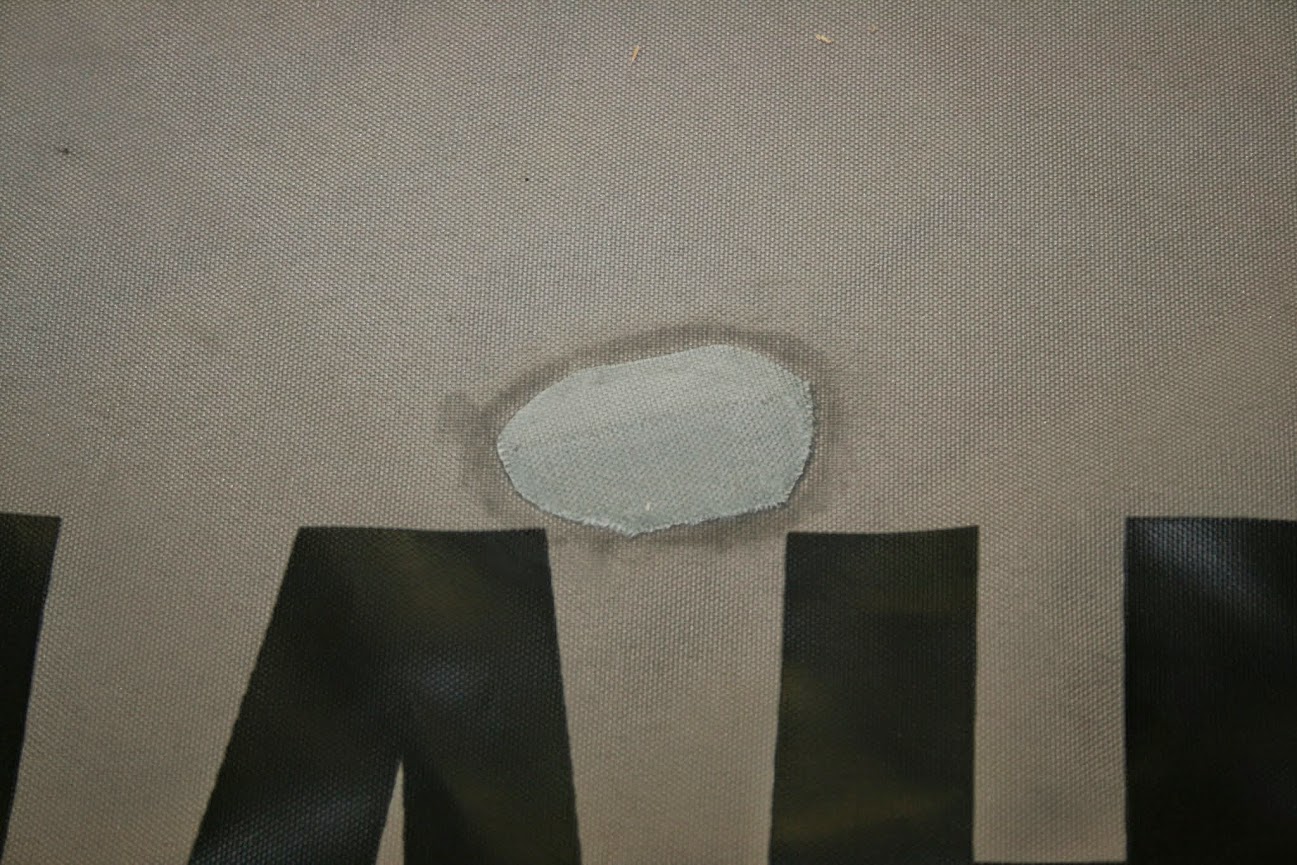 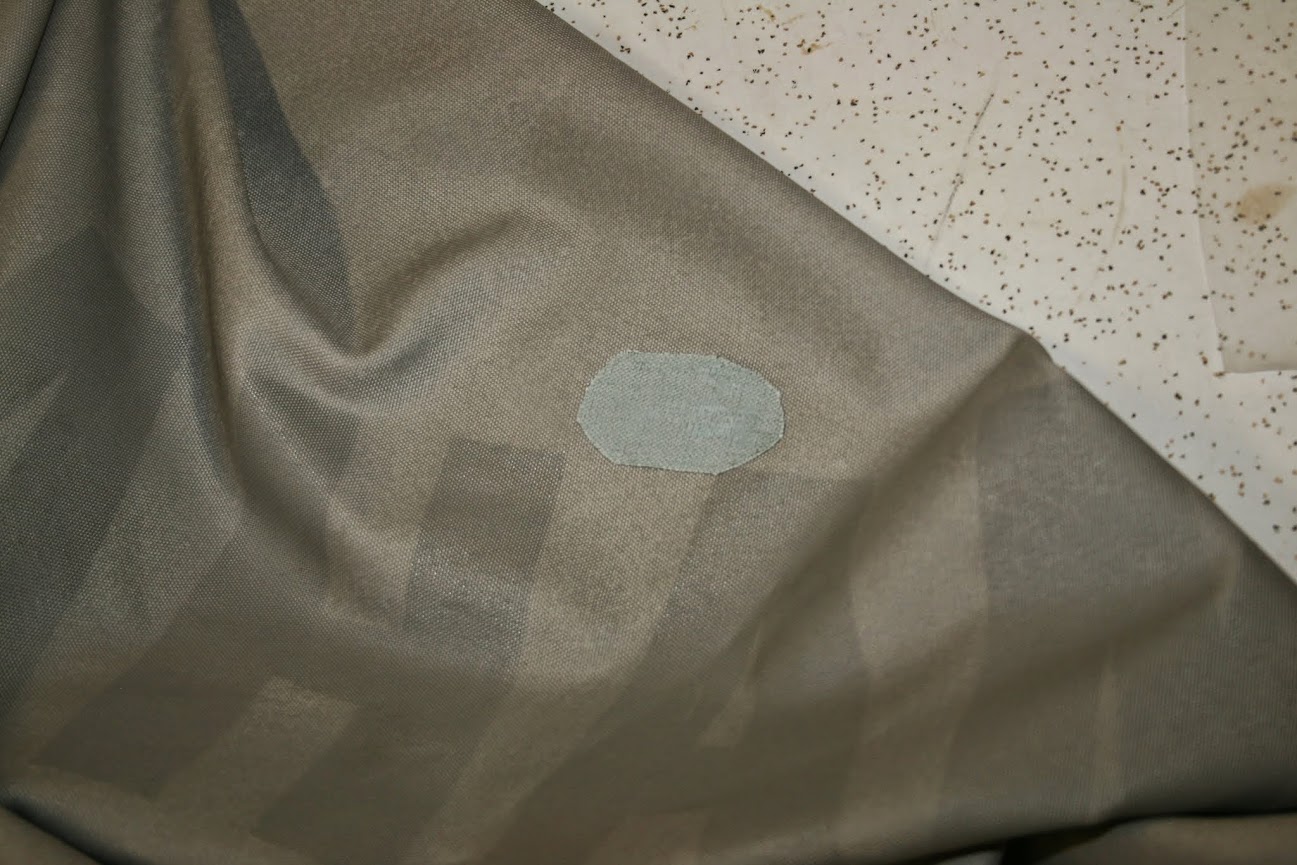 As mentioned, the edges of the inside patch didn't look as good so I ran a bead around it and put it in the "press" again.

After that had set fairly well, I cut another slightly bigger piece to cover the spot where the bumper on top of the windshield rubs. It wasn't a hole, but I wanted to reinforce it. 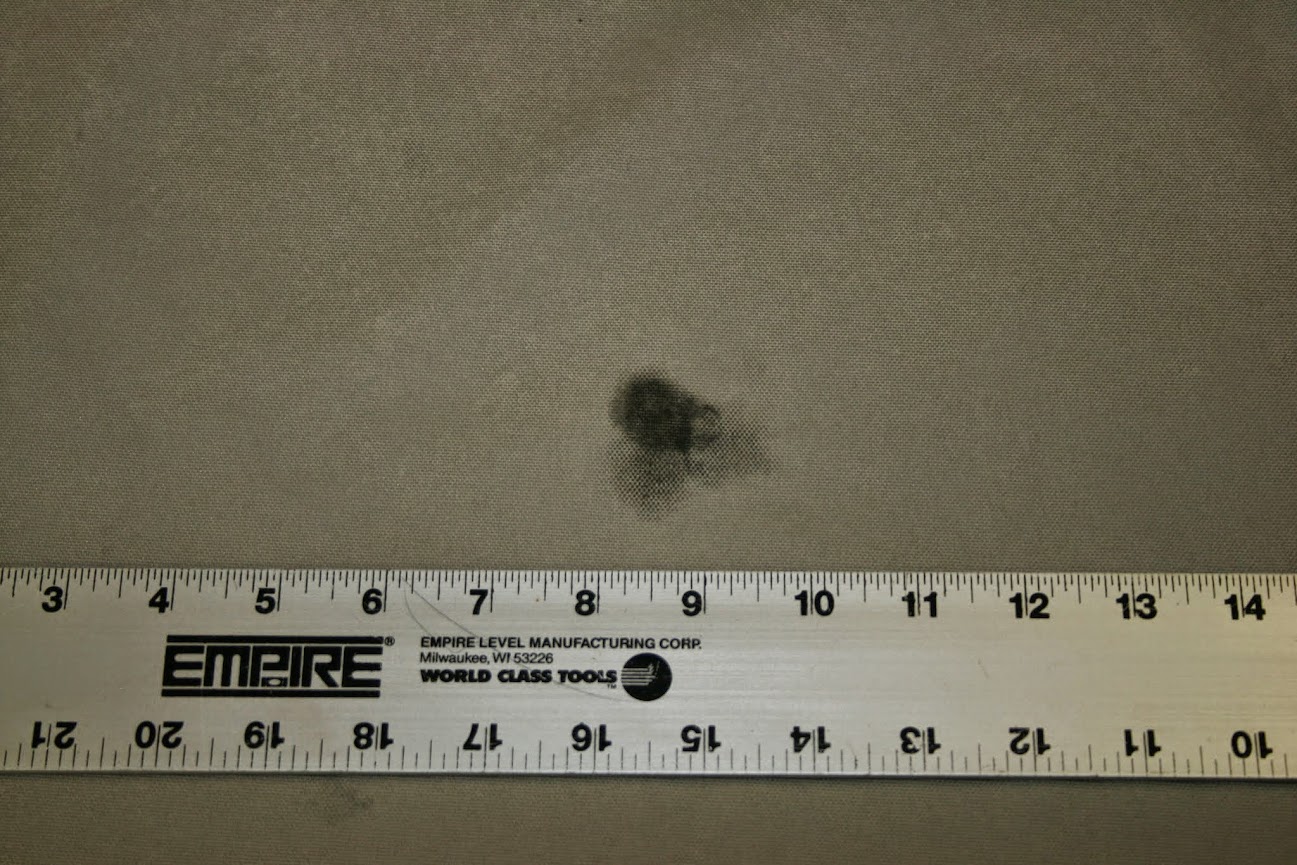 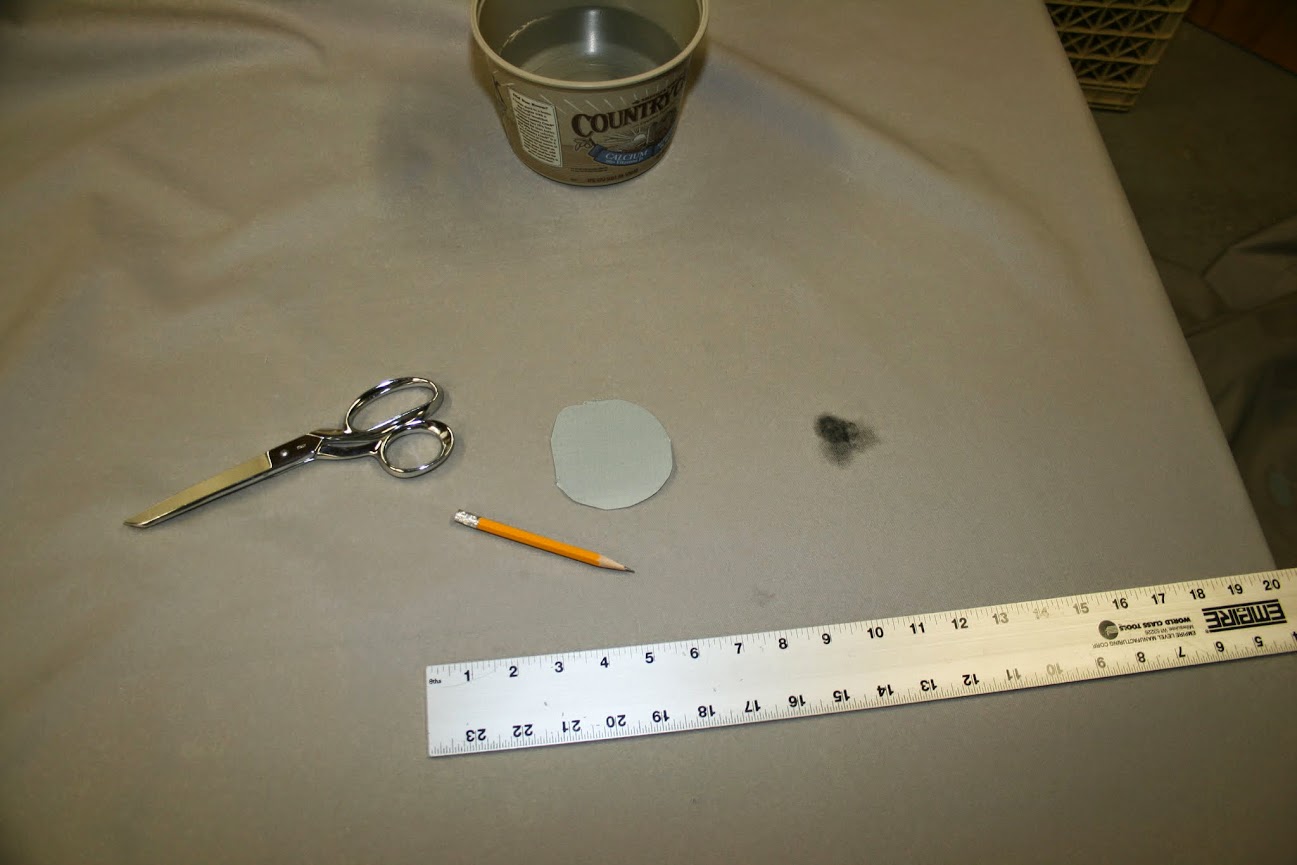 (The water in the butter tub is so that I'd have something to clean up the excess glue with.)

I did the same thing where I covered the entire patch with adhesive and also ran a bead around the outer edge with my finger: 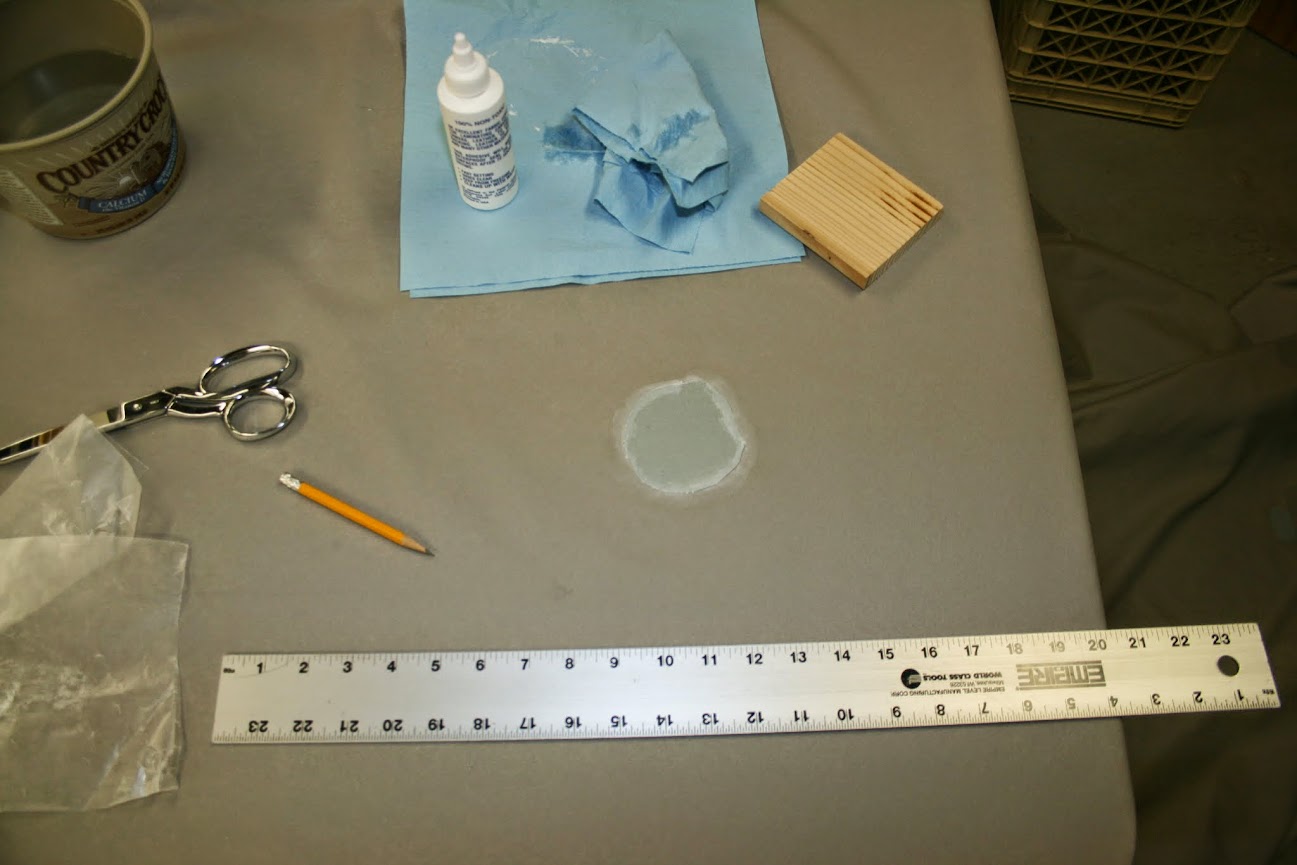 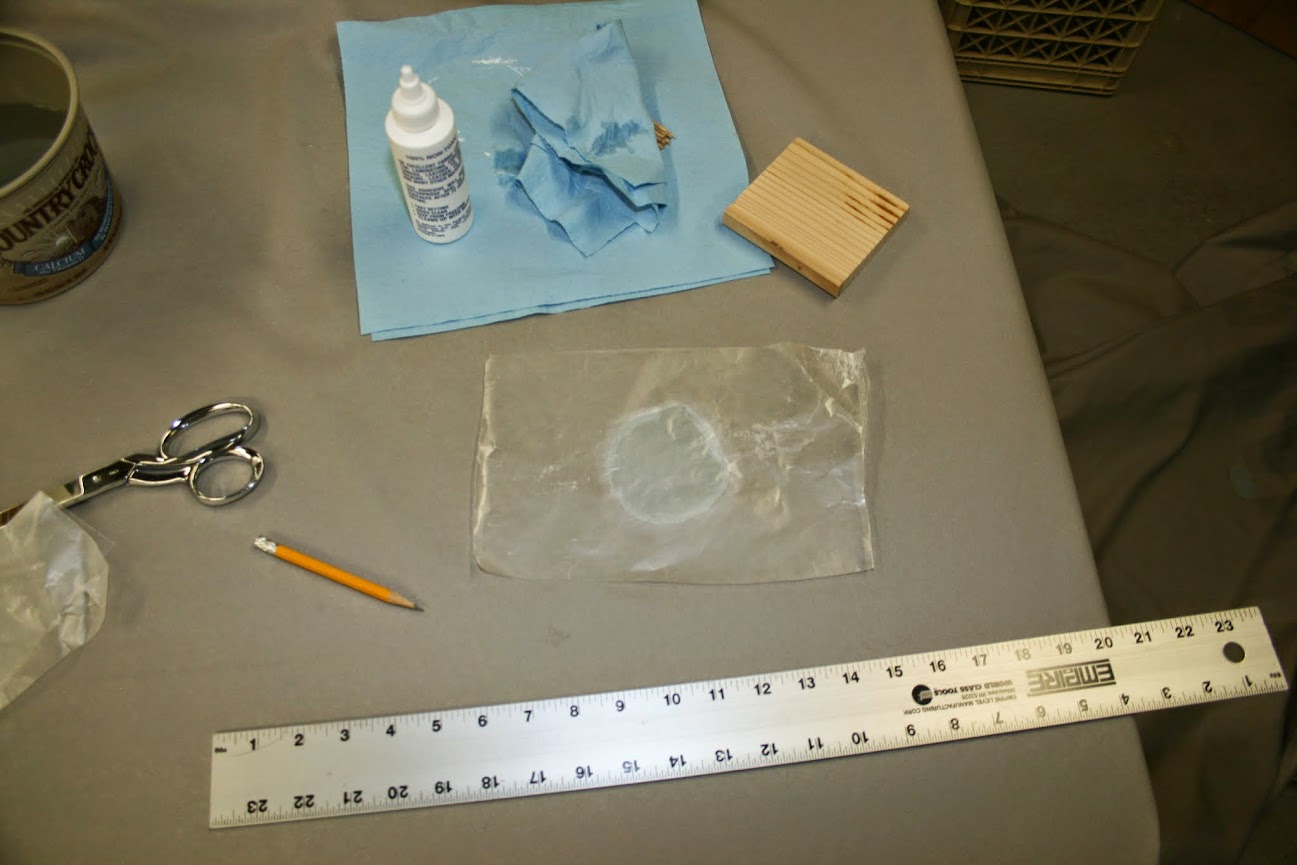 and some weights for the "press." 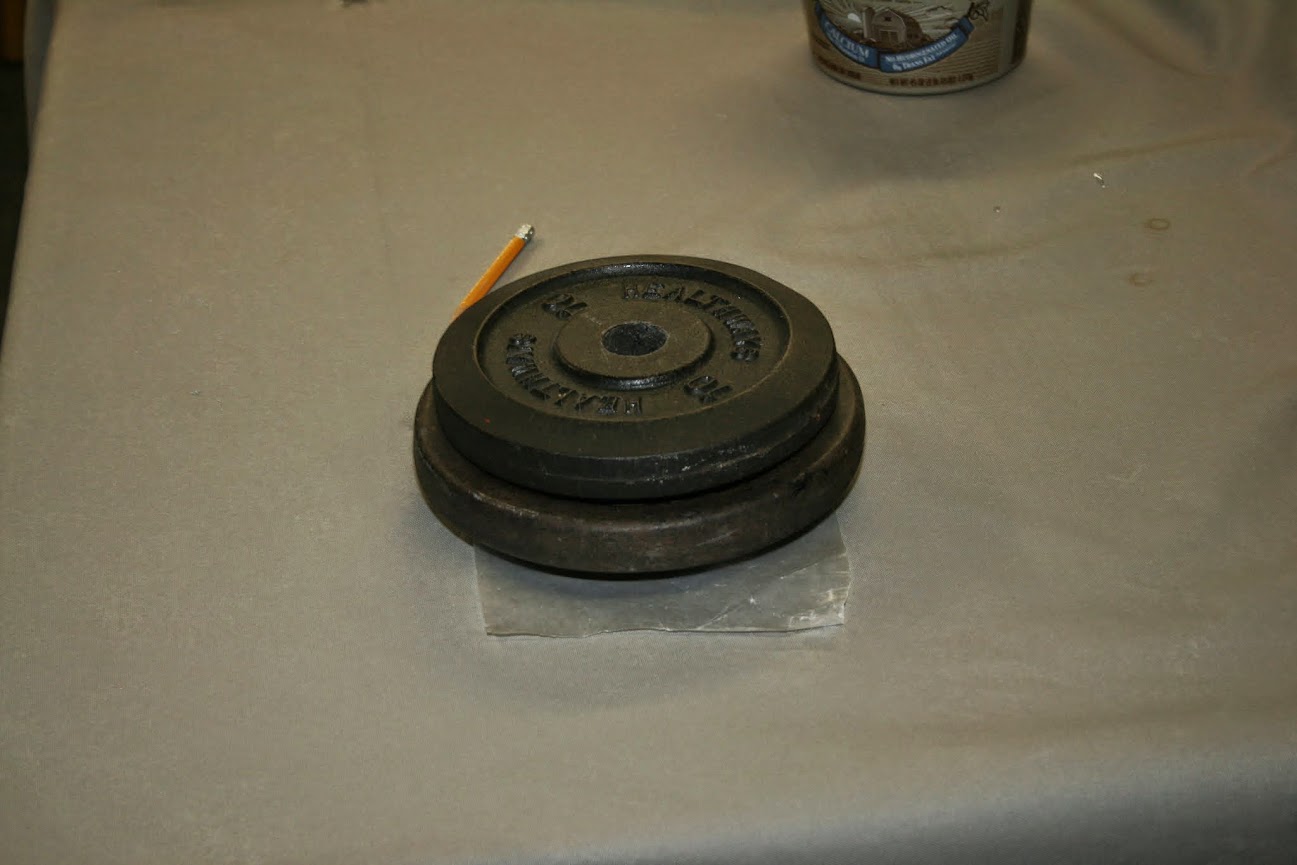 No pic of that one completed, but it looks the same as the others. I'm pretty happy with it. It's a bit stiff, but does have some flexibility. I don't think it's going to peel off but only time will tell. It will be a few weeks before I get to tow it down the road for any distance. I'll check back in and let you know how things hold up.

Thanks @biglar155 , glad it worked for you. Boy, they sure do send a lot of material. Maybe I'll reinforce the areas I'm concerned about now, rather than wait for them to rip!

I love the smell of styrene in the morning...
[sigpic]13[/sigpic]

Glassman said:
Thanks @biglar155 , glad it worked for you. Boy, they sure do send a lot of material. Maybe I'll reinforce the areas I'm concerned about now, rather than wait for them to rip!

I would. No point in leaving it in the box!

I'm going to put it back on the boat and see if I can find any other areas that look like they need shoring up.

I found that when you start to develop holes, the cover is going to deteriorate pretty quickly, probably within a year or so. If it's a tear that resulted from something, that's one thing... but if the fabric is starting to thin in some areas you should start looking around for a replacement.
2004 SX230, Cobra Venom Ultimate, Cobra EZ Locks, SeaDek Faux Teak, dual battery setup, custom WeatherMAX 80 cover, Guest 16202 charger, Wet Sounds Icon8 speakers, JL XD600/6 amplifier, noodled table legs, stainless scupper, 3DLettering registration numbers, stainless steel shutoff valves, Kuuma Profile 150 grill, stainless Boat Buckles, Margaritaville Explorer

MOA_Chaser said:
I found that when you start to develop holes, the cover is going to deteriorate pretty quickly, probably within a year or so. If it's a tear that resulted from something, that's one thing... but if the fabric is starting to thin in some areas you should start looking around for a replacement.
Click to expand...

Agreed. It's only a matter of time now.

Fortunately, I store indoors so a few patches and some TLC should stretch me out for another 12 - 24 months if I'm lucky. The fabric doesn't feel too terribly bad, I honestly thing a mouse "tasted" my cover and -thankfully- it must have upset his tummy because he didn't eat any more.

Even worn, it certainly will work as a "dust" cover. The downside is
That you don't want to tow with a very worn cover...it can shred in the wind.
[sigpic]4[/sigpic]
Mel
txav8r

I ordered the same kit 2 years ago and patched 2 holes on a then 10 or 11 year old cover. The patch lasted 2 seasons and just came off this spring when I took the cover off after a long and cold winter. I re-patched this spring...I was quite impressed with how the repair held up. Frankly when I bought the boat I didn't expect the OEM cover to last as far as the ramp but it is still hanging in there and I use it 12 months a year and religiously cover the boat when not in use. I wish I could find a new cover for my LS2000 in gray...tan just won't due.
Joe B. BoatWithNoName ...fin-less - EZ Locks ; tower LED's; Small Slide Box Anchor w/SS Danik Hook ;JL Audio ; Tow Vehicle 2019 Ram 1500 Gen 5
Old boat In2Deep 2002 LS2000: oil lines, EZ Locks, SS scupper, Group K pulse pump
_______________

I just saw a tiny pinhole starting in my Bimini. Called my dealer seeing its less than a year old and I do have the 5 year YES warranty. He told me they will send it out for repair! Really, I thought yamaha would replace it seeing it basically new and under warranty but nope. Thats BS. Think I may order this and just use the glue to stop it from getting bigger.
2015 AR240 Orca Black & White, 4 Wetsounds X-65IRGB Speakers, 2 Rockford Fosgate m282B Tower Speakers, Wetsounds HT-6 6 Channel AMP, Promariner Gen 3 20-amp onboard Charger, Noco External AC port, Humminbird Solix 10 MEGA Sidescan Sonar/Chartplotter, 10 Gallon fresh water washdown.
[sigpic]1459[/sigpic]

Wayloncle said:
So how has this patch job held up for you?
@biglar155
Click to expand...

So far so good. I kept an eye on it last year and it held up well. I haven't had a chance to do a "spring inspection" yet but I'll let you guys know in this thread.
You must log in or register to reply here.
Share:
Facebook Twitter Reddit Pinterest Tumblr WhatsApp Email Link
Top