8/18/2014 - Created Thread and copied much information, but still a work in progress.
8/18/2014 - Added in some edited pictures, but only allows 4 to be full view. Please click on the last photo as it's very important! Also associated pictures to the text below.
This is a guide for removing the computer box behind the engine, and replacing the solenoid, which some are calling a starter switch.
I did not see a guide for this anywhere here, or on the internet at large, even on PWC sites for the waverunners.
Hopefully it helps!!!

I have included some pictures to help you along with your process.
PLEASE let me know if you think I missed something or if you need more information!
Speedling 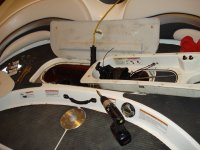 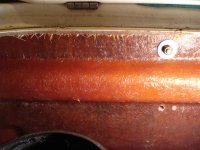 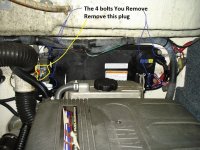 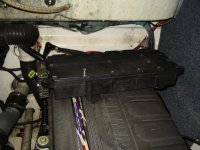 Thanks for posting this! Unfortunately the images do not show.

@Julian whenever you get a chance can we add this to the tips list
Check out this thread for known issues of "classic" style Yamaha boats (2004-2009)
(many of the links are broken because of the FAQ reshuffle, use the search button, top right of the screen with key words)
https://jetboaters.net/threads/known-issues-for-boat-years-2003-2009-with-mr1-engines.15464/

Lol sorry!
I copied most from the site that must not be named. When i pasted it apparently there were errors. I have over 20 pics of the process and will edit it tonight when home.
My Bucket List and conquered waters.
Bimini, Bahamas - Lake Cumberland, KY. - Lake Michigan South Shore - Portage, IN. to Mackinac Island - Hilton Head Island - Much of the Great Loop - Lake Havasu, AZ. - Lake Tahoe, NV - Lake of the Ozarks - Lake Powell - Grand Bahama Island - Abacos - Florida Keys - Destin/Pensacola - Clearwater Beach - Tampa Bay - Apostle Islands - Lake Monroe, IN. - Chicago Loop - Starved Rock to Peoria - Shelbyville, IL. -Panama City Beach - Lake Geneva - Cedar Lake Lake Norris, TN -

Well, updated everything and posted pictures saved from my computer, so I hope everything works now!
Also updated the text to show the associated picture via Picture 1-5: so hopefully you know what you're looking at!
I hope no one has to ever do this, but if you do, that I helped!
My Bucket List and conquered waters.
Bimini, Bahamas - Lake Cumberland, KY. - Lake Michigan South Shore - Portage, IN. to Mackinac Island - Hilton Head Island - Much of the Great Loop - Lake Havasu, AZ. - Lake Tahoe, NV - Lake of the Ozarks - Lake Powell - Grand Bahama Island - Abacos - Florida Keys - Destin/Pensacola - Clearwater Beach - Tampa Bay - Apostle Islands - Lake Monroe, IN. - Chicago Loop - Starved Rock to Peoria - Shelbyville, IL. -Panama City Beach - Lake Geneva - Cedar Lake Lake Norris, TN -

Thanks so much, I ordered the new part, not suprised I gotta take the whole thing apart, nice if it was out by itself. Will Post when I get it completed. thanks again
Daytona Beach, FL
2006 SX230
2019 Ford F250 Super Duty
AMSOIL Shop by Product

Some photos of the inside of the ECU and the offending solenoid would be really cool if you have them.

I removed the box , ECU from back wall. It has to be removed and opened to replace relay, only big deal was not have help to hold wrench on other side. Not much inside box . I did not get any pics,my bad. Simple to change though.
Daytona Beach, FL
2006 SX230
2019 Ford F250 Super Duty
AMSOIL Shop by Product

So what was the issue of why the selenoid/ relay needed to b e changed.
[sigpic]6196[/sigpic]

Thanks, so the click is coming from the ecu box? Mine has been doing that sometimes as well but I have been able to get it started after multiple attempts. The thing that has been driving me crazy is that it has done it so randomly. Did you ever get it started after multiple attempts? For instance, if I use the boat a lot on a weekend vacation it doesn't seem to happen, or sometimes it does. If it sat for over a Month sometimes it will happen and sometimes not. I was thinking maybe a ground issue with the starter or the starter itself. What's your take? Can I get this part relatively easy I would rather start there than re moving that starter. Sorry for all the questions.
[sigpic]6196[/sigpic]

If it is the solenoid then it is coming from box where red battery wires of into it. The part is simple to change and inexpensive, it is the easy start place. Mine would not start no matter what, just click, i got stuck on water but was able to use a screw driver and jump across it and it started, drove home without shutting off then replaced. When yours does it try to locate where the click is coming from, you will be able to tell and can prob touch ECM and feel the click. How are you batteries? are they older than 3-4 yrs ? If so I would either take out and have load tested (free at auto parts store) or replace
Daytona Beach, FL
2006 SX230
2019 Ford F250 Super Duty
AMSOIL Shop by Product

Its at the ecu box for sure. I have actually been dealing with this for a few years. I have always been able to keep trying and it would start. As far as the batteries I have four new 29 series that stay on a float charge 24/7. The starboard cranks right up but sometimes the port will just click. Any pic of the part because the right now it has been starting.
[sigpic]6196[/sigpic]

here is is on a website, part 29. It is located in the square hole under the round cap on RT side of picture. it has to be taken out from the the back of ECM box though. I think I searched for the part Number on ebay and got it cheaper. if you follow battery cables into ECM you will see a square plate on ECM. those cable hook to the part inside box with screws just remember what cable is on right and left when you dissassemble
http://www.yamahasportsplaza.com/oemparts/a/yam/50039f2af870021f60a116cc/electrical-1
Daytona Beach, FL
2006 SX230
2019 Ford F250 Super Duty
AMSOIL Shop by Product

Thanks for all the help fairpilot. I found an after market for $8. On eBay. I'll give that a shot and see if that's what the problem is. I'll keep you post but it will probably be a couple to a few weeks unless my schedule frees up.
[sigpic]6196[/sigpic]
T

This thread was super helpful the 'first' time I did the Port starter solenoid relay so thanks for this huge help!! Wasn't a hard job just annoying design and would have no trouble doing again...

The Port starter solenoid is just clicking again. Ordered a pair of solenoids off Amazon but they are different than the last ones?!

First one was from GlenParts (left) that worked for like 6 months, second from Caltric on right. But in the pic you can see part is same but letters for Battery and Motor are reversed?!

I hooked it up same as old one just clicked, then noticed B/M reversed so reversed the power wires and no click at all.

Anyway, thinking I'll just order the old GlenParts relay again or then start looking at the starter as problem - UGH